From Our Dear Friends at National Day of Prayer!

When the sixth hour came, darkness fell over the whole land until the ninth hour. At the ninth hour Jesus cried out with a loud voice, “Eloi, Eloi, lema sabaktanei?” which is translated, “My God, My God, why have You forsaken Me?” And when some of the bystanders heard Him, they began saying, “Look! He is calling for Elijah!” And someone ran and filled a sponge with sour wine, put it on a reed, and gave Him a drink, saying, “Let us see if Elijah comes to take Him down.” But Jesus let out a loud cry, and died. And the veil of the temple was torn in two from top to bottom. And when the centurion, who was standing right in front of Him, saw that He died in this way, he said, “Truly this man was the Son of God!”

Now there were also some women watching from a distance, among whom were Mary Magdalene, Mary the mother of James the Less and Jesus, and Salome. When He was in Galilee, they used to follow Him and serve Him; and there were many other women who came up with Him to Jerusalem.

When evening had already come, since it was the preparation day, that is, the day before the Sabbath, Joseph of Arimathea came, a prominent member of the Council, who was himself also waiting for the kingdom of God; and he gathered up courage and went in before Pilate, and asked for the body of Jesus. Now Pilate wondered if He was dead by this time, and summoning the centurion, he questioned him as to whether He was already dead. And after learning this from the centurion, he granted the body to Joseph. Joseph bought a linen cloth, took Him down, wrapped Him in the linen cloth, and laid Him in a tomb which had been cut out in the rock; and he rolled a stone against the entrance of the tomb. Mary Magdalene and Mary the mother of Jesus were watching to see where He was laid.

When the Sabbath was over, Mary Magdalene, Mary the mother of James, and Salome bought spices so that they might come and anoint Him. And very early on the first day of the week, they came to the tomb when the sun had risen. They were saying to one another, “Who will roll away the stone from the entrance of the tomb for us?” And looking up, they noticed that the stone had been rolled away; for it was extremely large. And entering the tomb, they saw a young man sitting at the right, wearing a white robe; and they were amazed. But he said to them, “Do not be amazed; you are looking for Jesus the Nazarene, who has been crucified. He has risen; He is not here; see, here is the place where they laid Him. But go, tell His disciples and Peter, ‘He is going ahead of you to Galilee; there you will see Him, just as He told you.’” And they went out and fled from the tomb, for trembling and astonishment had gripped them; and they said nothing to anyone, for they were afraid.

Now after He had risen early on the first day of the week, He first appeared to Mary Magdalene, from whom He had cast out seven demons. She went and reported to those who had been with Him, while they were mourning and weeping. And when they heard that He was alive and had been seen by her, they refused to believe it.

Let’s pray: Father, thank you for sending your only begotten Son, that who so ever believes in Him, will not perish but have ever-lasting life. 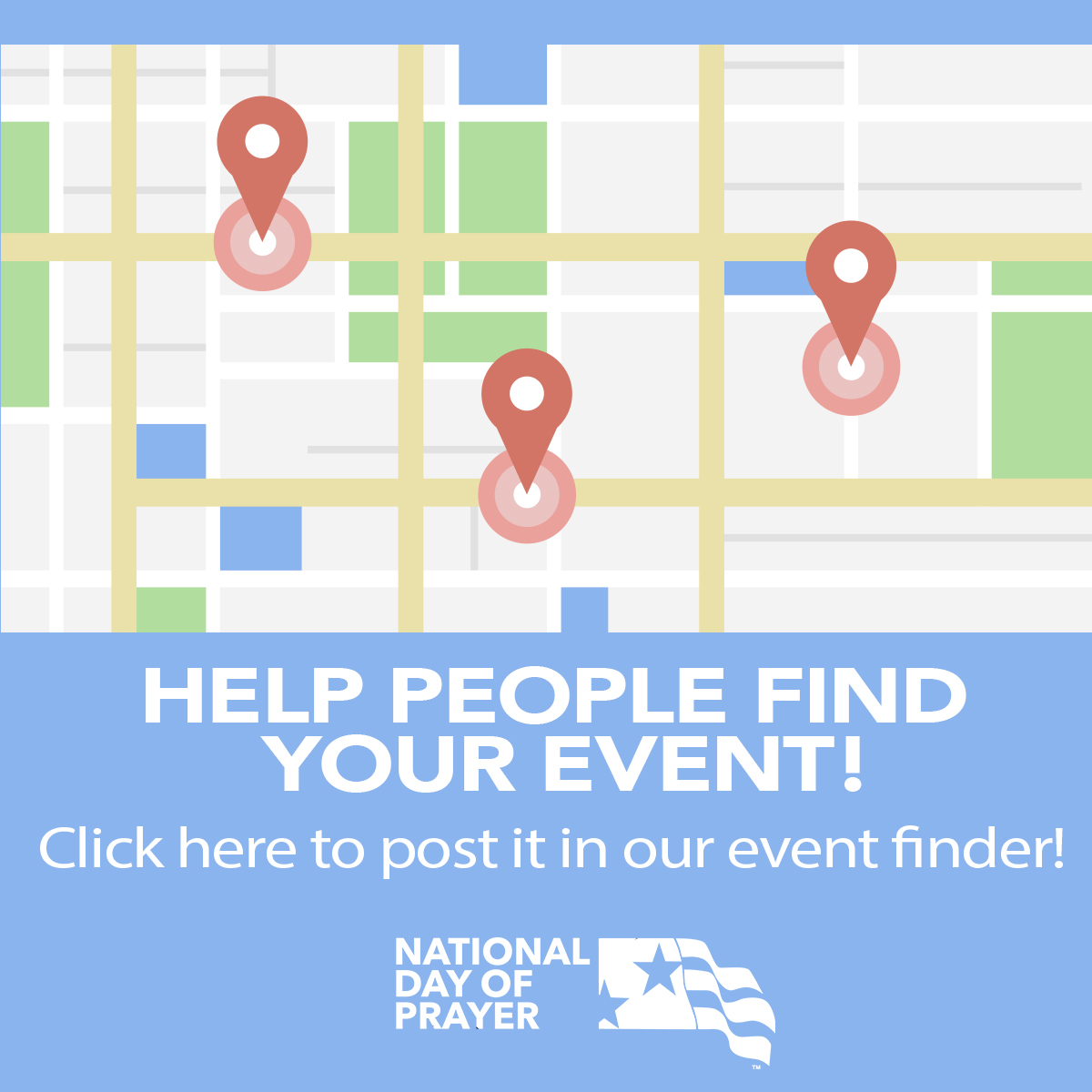 Visit our Event Finder (https://www.nationaldayofprayer.org/post_or_find_an_event) to post your local NDP event, or use the search feature to find a gathering near you!

‘This is the Grace of God’: How Actor Zachary Levi Went from Suicidal to Superhero