Please Join ‘For God’s Glory Alone Ministries’ in Praying For Rain and All Matters at Noon Everyday!

Horrific Fraud in New Mexico Under the Watch of Governor Lujan Grisham!

The Value of a Godly Home

From the lovely folks at National Day of Prayer! We love this organization! PTL! PTL!!

“Let your gentleness be evident to all. The Lord is near. Do not be anxious about anything, but in everything, by prayer and petition, with thanksgiving, present your requests to God.” (Phil. 4:5-6) 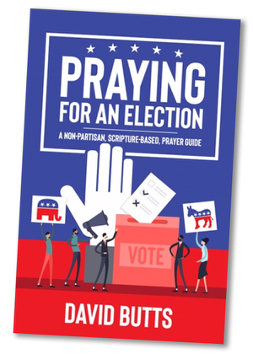 Every election season brings a certain degree of anxiety or uneasiness. The national elections of 2020 are bringing out, what seems to me, a greater level of anxiety and even anger than most election cycles. That’s why I wrote, “Praying For An Election: A Non-Partisan, Scripture-based Prayer Guide.”

I’m seeing a number of choices being made. Some develop a posture of being above it all: “Jesus is my King and I’m not lowering myself into the fray.” Certainly, we need to have a Christian worldview that recognizes the temporary nature of nations, elections, and culture itself in the light of eternity. But I would suggest to those taking this path that Jesus Himself did not withdraw from the culture or even the politics of His day. He waded into some of the most controversial issues that divided Israel in His day, while at the same time, insisting that His Kingdom was not of this world.

There’s another extreme that is also very prevalent. It happens when Christians forget that the advance of the Kingdom of Christ is not dependent upon who the president of the United States is. Ignoring that can cause us to become combative, angry, and over-emphasize the importance of this or any election. In this posture we forget that those in another political party or backing a different candidate are not our enemies. We can find ourselves demonizing others and forgetting the law of love.

May I suggest a broad middle ground that allows for many degrees of involvement or non-involvement? It recognizes that that in our nation we have been given an astonishing gift of selecting our own leaders. Yes, yes, I know they often fail us. But then, who of us doesn’t fail in our best attempts at times. The truth of the matter is that we still get the opportunity to choose, even if the choices are not always what I would want.

So in the midst of a divisive, tense, and angry time, how should we live in this political world? I look to the Apostle Paul for clear, powerful direction. To the Philippians, and to us, Paul gives a most contemporary instruction: “Let your gentleness be evident to all. The Lord is near. Do not be anxious about anything, but in everything, by prayer and petition, with thanksgiving, present your requests to God” (Phil. 4:5-6).

What a contrast this is to what is currently taking place! Gentleness . . . peace . . . prayer! That’s how we approach an election season. And I believe Paul even shows us how to do that. In the midst of his commands he says, “The Lord is near.” We often immediately rush to the Second Coming when we read this, but I’m not sure that’s what Paul is saying. The Lord is near . . .  He is close . . . He is right beside you.

With Jesus right next to you . . .  near . . . you can live out His gentleness, His peace, and you will find yourself praying not only for your leaders, but for all that the Lord places on your heart. Eventually the nearness of Jesus breaks through the clouds with the physical return of Jesus to Planet Earth. But until then, we draw near to Him in prayer and He draws near to us and we demonstrate to those around us the life of Jesus.

Would you join me in this prayer for our nation?

“Lord, help us to live out Your gentleness in the midst of the chaos of our times. We want to be a people of prayer who stay close to You as we bring our nation before Your throne of mercy.”

Dave Butts is chairman of the board for the National Day of Prayer and author of a dozen books, including Desperate For Change: 40 Days of Prayer For America.

Praying For An Election: A Non-Partisan, Scripture-based Prayer Guide available at www.prayershop.org

To learn more, or to find a National Day of Prayer event in your community, visit www.NationalDayofPrayer.org.