After restrengthening on Wednesday morning, the second landfalling hurricane of the season struck Gulf Shores, Alabama, shortly before 5 a.m., local time. Hundreds of thousands are already without power in the region.

AccuWeather Global Weather Center – September 16, 2020 –  Hurricane Sally has made landfall on the Alabama coast in the city of Gulf Shores. Recent data indicate that maximum sustained winds are near 105 mph with higher gusts, making Hurricane Sally a Category 2 storm upon landfall.

In the early hours of the morning, hundreds of thousands of residents in Florida and Alabama are already without power, according to PowerOutage.us. As of 5:45 a.m., EDT, over 212,000 people from Alabama and over 118,000 people from Florida have already lost electricity from the heavy rains, flooding and strong winds. Those numbers are expected to climb through the morning as Sally moves closer to land. 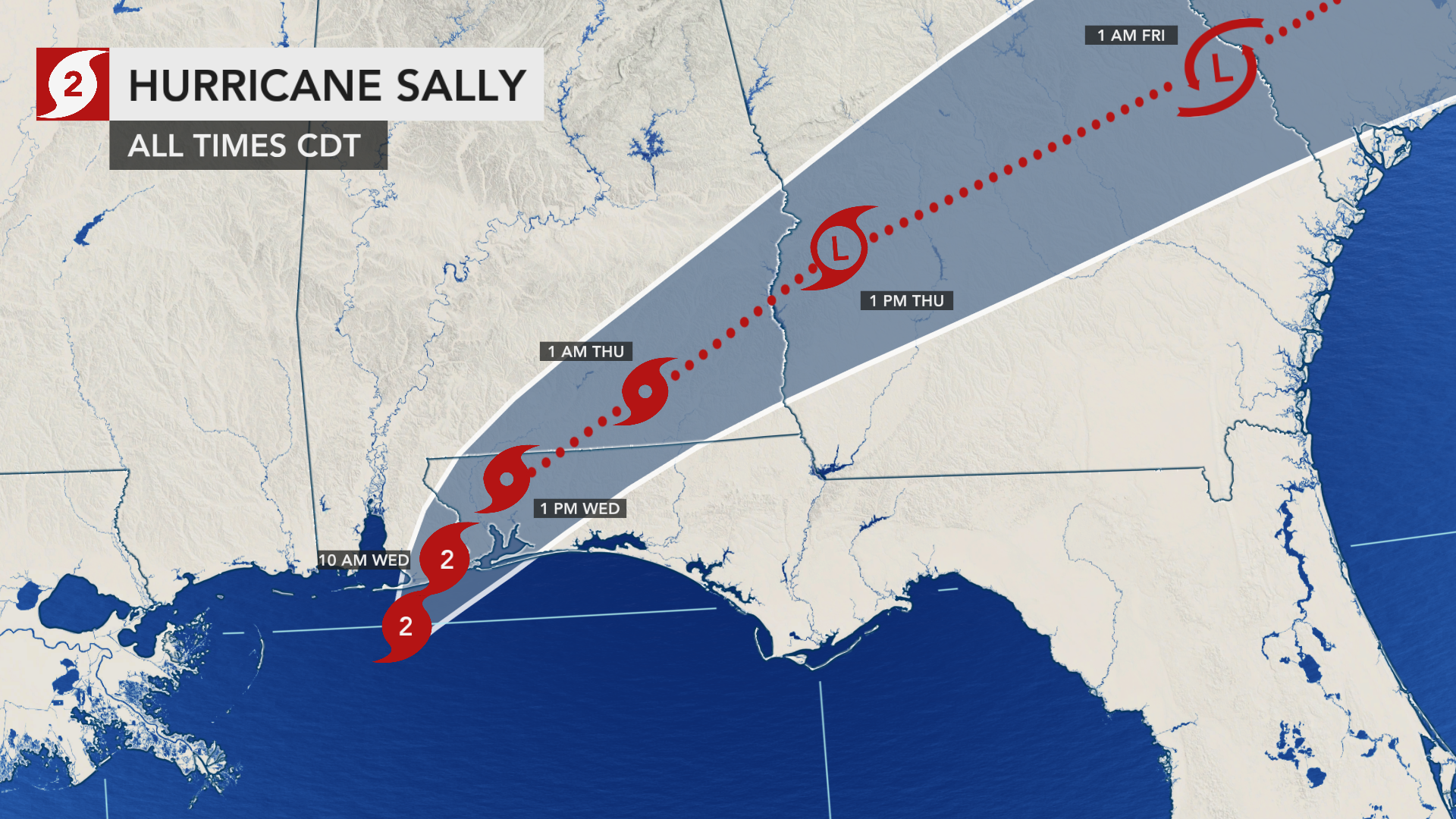 In its 4 a.m., CDT, update, the National Hurricane Center warned areas of northwest Florida and southern Alabama of impending “historic and catastrophic flooding” that is unfolding west of Tallahassee, Florida, to Mobile Bay, Alabama.

The National Weather Service has issued a Flash Flood Emergency for Navarre, Wright and Fort Walton Beach in Florida. This type of warning is only issued when a severe threat to human life and catastrophic damage from a flash flood is happening. Anyone in the flash flood emergency area is advised to seek higher ground immediately.