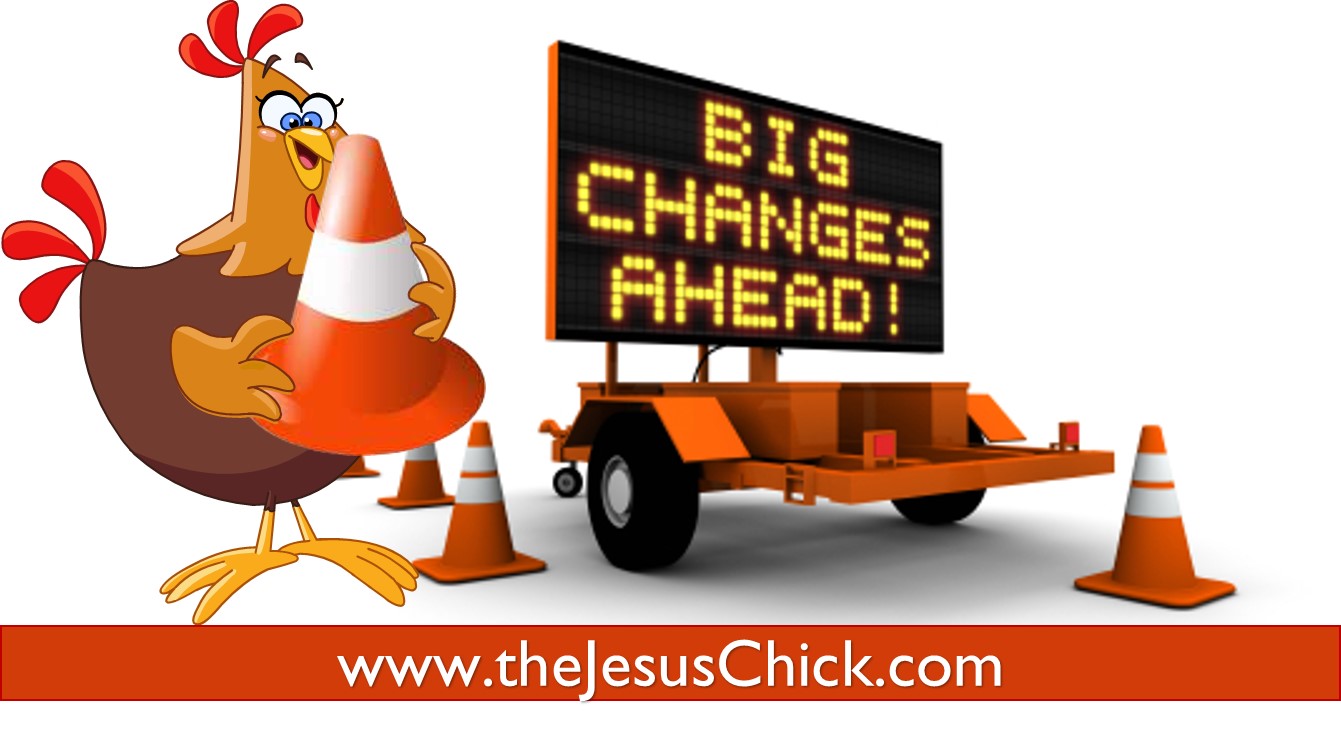 That was a quote in an article in Outreach Magazine that  I read this morning that caused me to go, yep, that’s what I’ve been thinking, I just hadn’t put it that eloquently. I would say something more along the lines of “That doesn’t work,” or “Show me where Jesus was in that.” Both of which immediately put those on the other side of my argument on the defensive. And this comment might, but I think not. Because this comment puts Jesus right in the front of the conversation; and you have to go around Him to argue it. Once you’ve done that the argument is essentially over because Christ is no longer in the picture.

I’m all about change, I love the latest and the greatest. If there’s a new tech toy trending, I need it. Not, I want it… I need it. No, it’s not a healthy need. But I have a curiosity level that resembles that of a toddler. If you don’t believe me look at the “stack” of techy things in my living room; I’ll go one further and say look at the stack of instruments in my living room. I go from old to new it matters not, because I can make the old new again. But here I am at 52 years of age learning to play the fiddle, mandolin, guitar and upright bass. I figure I don’t have enough years left to try one at a time and that plays well into my Attention Deficit Disordered personality.

The problem lies when we treat church the same. I must reiterate the thought that I’m all about change, until the change has Jesus standing on the outside of the church asking to be allowed back in.

Jesus was a culturally adept Savior. The culture was the people He met on the street, the hard working blue collar workers as well as the prostitutes and politicians. It was not the people at the church who were trying to fit the world into their building. Jesus said they were stinky, empty tombs.

27 Woe unto you, scribes and Pharisees, hypocrites! for ye are like unto whited sepulchres, which indeed appear beautiful outward, but are within full of dead men’s bones, and of all uncleanness.

And while that is certainly an excellent description of the religious crowd it could just as well be said to those who are shouting loud how “culturally correct” they are and yet I don’t see Jesus. Jesus met in the middle with the commoner on a level ground where everyone could love on Him. Yes, He was extreme, but He spoke clearly. Yes, He offended…those whose hearts were not right with the Lord. He did not offend His own people.

As a youth leader I want to keep it hip and fresh. Yes, I am aware “hip” is an old word, I am an old woman, but I still like youthful things. That is why I attended Winter Jam with a few of our youth back in the winter. It wasn’t my genre of music, I’m a bluegrasser, but I enjoyed parts of it. It was the parts that I didn’t enjoy that I still have an issue with and are always in the forefront of my mind when I’m pondering the direction of our youth ministry.

Now for the flip side of that coin. If we expect youth to sit in a church that makes no attempt to keep it relevant to their world they’re not going to see Jesus either. I’m not talking about the preaching time. That time is between God and the man of God. And if He is preaching the Word… leave Him be. Kids need to be in a preaching service, whether that is one of their own or the regular worship hour. They need to see the gospel preached. But when it comes to the Sunday School hour and the youth ministries, that time should be their time, exclusively.

Let God Give You A Choice, By Karen Rowe