Home Dewey's Daily Cup True Love Story: One Could Not Live Without The Other

The 1st Relationship, By Karen Rowe

The Day my Dad Danced

The End Times Pt 2: Be Discerning

Christians happier in marriage and men more satisfied, but Gen X is in trouble

This past Thursday I was blessed to team with Pastor Jeanie Williams of the Paradise Hills Methodist Church in Albuquerque at the funeral service for Vicky and Lou Cannavale. Sharon and I love Vicky and Lou so very much, they have been our friends for years and years! Vicky and Lou passed into the arms of JESUS just weeks apart.

What a marriage made in heaven! I first met Vicky and Lou back in the late 90’s. Vicky was running A-1 Travel at the time. She became a sponsor of KNML the sports radio station in Albuquerque that I managed back then. Vicky and Lou invited me and Sharon on a cruise and Vicky arranged for me that I would propose to Sharon at dinner one night! WOW WEE! WHAT A NIGHT! Vicky and Lou were so very kind to us. They became supporters of FGGAM right away when God established FGGAM almost 9 years ago now, giving very month, and when our boiler blew up in 2019 they helped us purchase a new one!!!!!!!!!!!! I should also mention that when I managed KKIIM Christian Radio in Albuquerque, Vicky and Lou helped support the station through their advertising. Lou invited me to speak at the Men’s breakfast at Paradise Hills a few times over the years. They have supported our efforts for GOD for years. More importantly they were such Godly examples of the true love of God, their marriage was a testimony to us all what a Christian marriage is to be, two made one. Their lives shined for JESUS! When I would look at them I would see JESUS! They supported the ministries of Paradise Hills Methodist Church in Albuquerque and many others for years and years and Lou served for many years as head of the Church Board.

God called them both home weeks apart, one could not live without the other.

Their marriage preached JESUS! The love of JESUS!

Lou and Vicky were all sold out for GOD! Now they are reunited in Heaven with Jesus forever and ever!

Victoria Helene Cannavale, 79, passed over to the Jesus she adored at midnight on Thursday, November 26, 2020 while in her husband’s arms. Victoria was born on May 9, 1941 at Saint Barnabas Hospital in Newark, NJ to Ross and Virginia Mahan. On November 25, 1974, Victoria and Louis followed God’s will for their lives and were married after reconnecting at his brother’s memorial service two months earlier. Victoria loved travel and for over 30 years was a foreign student exchange program leader and in 1989 opened her own travel agency; Air, Land & Sea Travel. Victoria and Louis were blessed by raising their son, Jason Cannavale. Victoria’s grandchildren, Taryn, Sebastian, and Jillian Cannavale were her pride and joy. Victoria would show pictures to anyone who was willing to view them. She was a loving wife, determined mother, and an adored gigi.

Victoria always wanted to share her knowledge and experiences by nurturing others through various organizations over the course of her life. Victoria has always been active in her church through choir, Sunday school, women’s organizations, and various committees. She was also a very active member of the Red Hats where she led two groups as Queen Bee, at one point filling an entire room in their house with purple and red hats. Another way Victoria ministered to others was through her cancer battle over the past 15 years. She reached out to new cancer patients to encourage them and give them strength in prayer.

Victoria Helene Cannavale was preceded in death by her parents, Ross and Virginia Mahan; as well as her brother, Kenneth Mahan. She is survived by her loving husband of 46 years, Dr. Louis Francis Cannavale; her son, Jason Cannavale and his spouse; her three grandchildren, Taryn Cannavale, Sebastian Cannavale, and Jillian Cannavale; and her dearest friends and godparents to her son, Al and Alice Jacobson.

Dr. Louis F. Cannavale DDS, age 82, of Albuquerque, NM, was called to his eternal resting place on Tuesday, December 22, 2020. Dr. Cannavale was born on April 3, 1938, in Brooklyn, NY, to Frank and Michelina Cannavale.

He received his Doctorate of Dentistry from Fairleigh Dickinson University in New Jersey on July 1, 1963. On November 24, 1974, Dr. Cannavale was married to his beloved wife, Victoria Cannavale. Dr. Cannavale dedicated his career to serving the Native American community as an Oral Surgeon for the Indian Health Service reaching the rank of Captain in the United States Public Health Service, a branch of the Coast Guard. He was highly respected and admired by his colleagues and patients that he served on reservations in Kansas, Utah, Arizona, and New Mexico over the course of his 40-year career. He was the Chief of the Service Unit Dental Program at the Southwest Polytechnic Institute in Albuquerque until he was forced to retire. Following his retirement, he continued to practice dentistry as a contractor at Indian Reservations across the state of New Mexico. Dr. Cannavale was also dedicated to serving his church, Paradise Hills United Methodist Church, where he and his wife, Victoria were members for over 40 years. He served in a number of capacities in the Church over the years including as an active leader of the Methodist Men’s Fellowship. His favorite part of serving the church was interacting with people and making them laugh.

Dr. Cannavale was preceded in death by his loving wife, Victoria Cannavale; his parents, Frank and Michelina; his younger brother, Francis John Cannavale Jr., and by his first wife, Mary Ann Cannavale. He is survived by his son, Jason Cannavale, his spouse, and their precious grandchildren, Taryn, Sebastian, and Jillian. In lieu of flowers, please consider donations to either Paradise Hills United Methodist Church https://www.phumcnm.org/giving/ or For God’s Glory Alone Ministries https://www.fggam.org/donate/

So blessed that FGGAM Supporter and Best Friend Vicky Cannavale sent this to us, its a golden oldie……one of the best posts we ever posted in Dewey’s Daily Cup which was established in 1997! 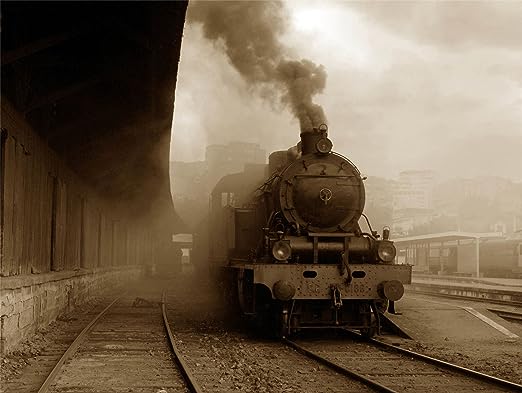 The Train of Life:
“What is success? To laugh often and much; to win the respect of intelligent people and the affection of children; to earn the appreciation of honest critics and endure the betrayal of false friends; to appreciate the beauty; to find the best in others; to leave the world a Twobit better, whether by a healthy child, a garden patch or a redeemed social condition; to know even one life has breathed easier because you have lived.  This is to have succeeded!”
― Ralph Waldo Emerson

“But my life is worth nothing to me unless I use it for finishing the work assigned me by the Lord Jesus—the work of telling others the Good News about the wonderful grace of God.” -Acts 20:24