Far from finished, Sally leaves 600,000 without power across Deep South
The remnants of Hurricane Sally is continuing to flood the Deep South, while parts of Georgia, the Carolinas and Virginia could see a foot of rain.

Three hurricanes were swirling in the Atlantic basin on Wednesday with Sally unleashing havoc over the southern United States, Paulette cruising the North Atlantic and Teddy spinning over the central Atlantic.

AccuWeather Global Weather Center – September 16, 2020 –  Wilfred is the last name in the alphabetical list designated for the 2020 Atlantic hurricane season, and with tropical threats looming and development expected to continue at a record-setting pace, it will soon be given to the next storm to emerge. Forecasters say the Greek alphabet is likely to be tapped by late this week or next week.

Cristobal and each system from Edouard through Teddy has set a record for the earliest tropical storm for their respective letters in the Atlantic. This trend will likely continue through the rest of the season, AccuWeather meteorologists said.

The last and only time the Greek alphabet was used was during the historic 2005 hurricane season that brought devastating storms such as Emily, Katrina, Rita and Wilma. During 2005, six Greek letters from Alpha to Zeta were used with a total of 28 named systems. There is a list of 30 Greek alphabet storm names available to be tapped from Alpha to Omega. 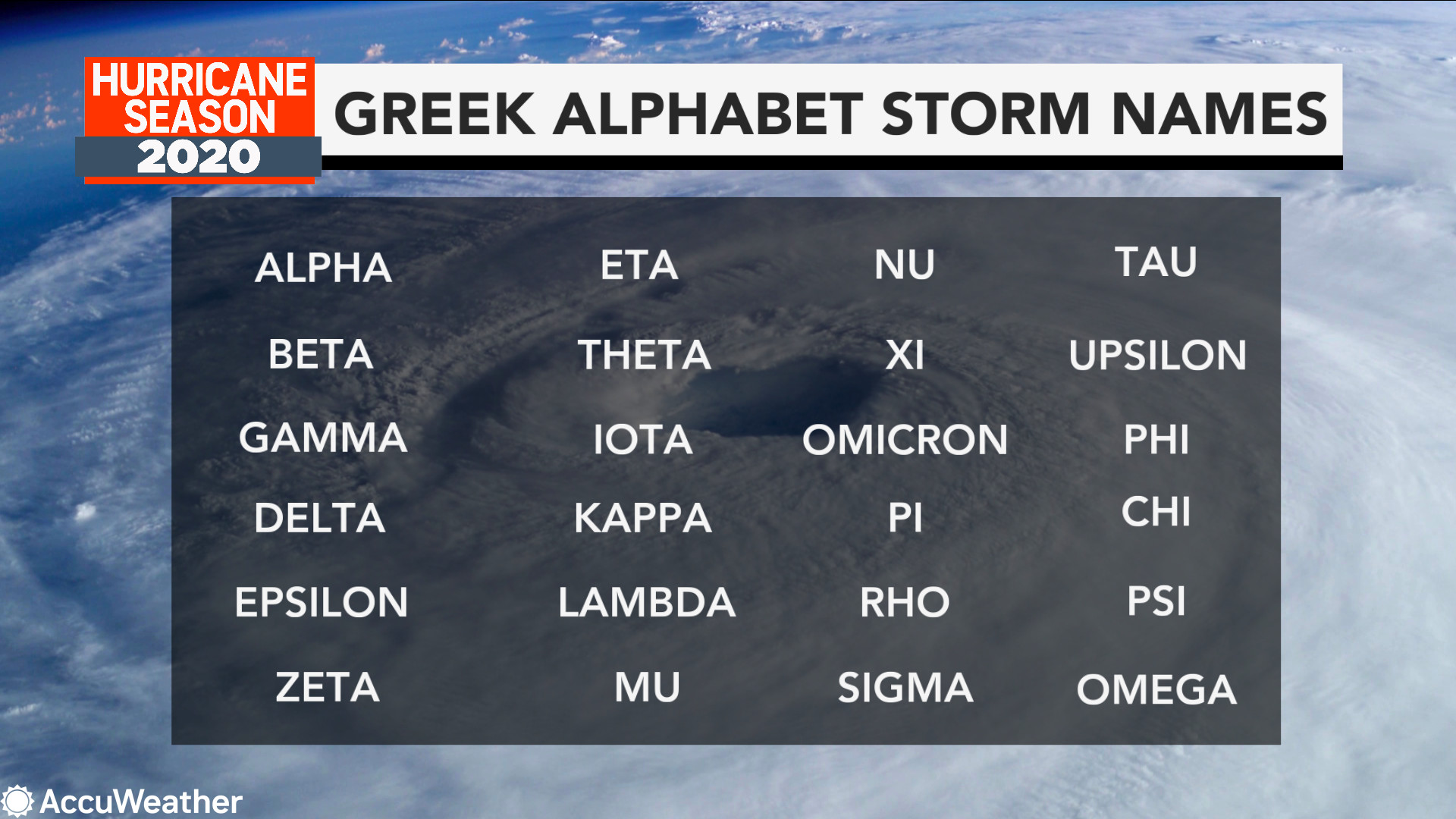 Three hurricanes were swirling in the Atlantic basin on Wednesday with Sally unleashing havoc over the southern United States, Paulette cruising the North Atlantic and Teddy spinning over the central Atlantic. Tropical Storm Vicky was located several hundred miles east of Teddy.

It is possible this record could be tied for a second time this season, or possibly broken, as some of the older systems hang on and new systems become strong enough to be given names.

“There are three main areas being monitored for new tropical depression formation this week through this weekend,” according to AccuWeather’s top hurricane expert Dan Kottlowski.