But the Lord said to Samuel, “Do not look at his appearance or at his physical stature, because I have refused him. For the Lord does not see as man sees; for man looks at the outward appearance, but the Lord looks at the heart” …

David’s older brother Eliab was a big, broad-shouldered, winsome man. If you had gone to look for a king, you would have said, “Surely there’s a kingly man if I ever saw one.” But God didn’t have His eyes upon Eliab; He had his eyes on David.

At the judgment seat of Christ, there will be a day of revelation. When everything is revealed, the things that are highly esteemed by people today will look much different then.

Jesus said to those in His day who were self-righteous, “You are those who justify yourselves before men, but God knows your hearts. For what is highly esteemed among men is an abomination in the sight of God” (Luke 16:15). 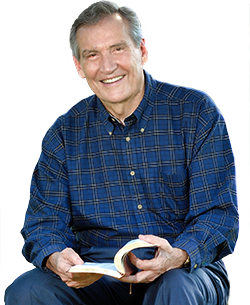 “No one has ever become poor by giving” — Anne Frank

On Wednesday, the Supreme Court will hear the most important pro-life case in decades: Dobbs v. Jackson Women’s Health Organization