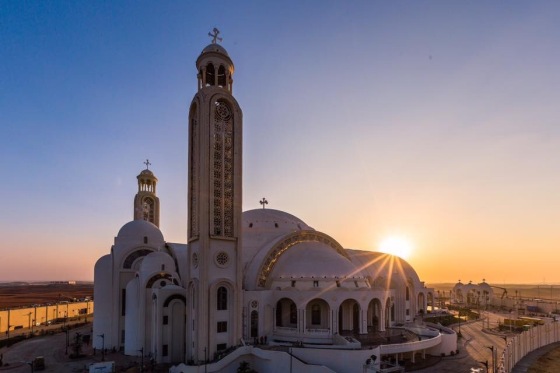 (Jerusalem, Israel) — The media are largely missing a fascinating and historic trend in the Epicenter, but it’s worth taking a closer look.

Something hopeful is happening in the Middle East. As 2019 begins, Christians in the region are experiencing the most encouraging season of personal security, religious freedom and peaceful coexistence with Muslims in living memory. The media are largely missing this historic development, but it’s worth taking a closer look.

Just a few years ago, the so-called Islamic State was waging genocide against Christians in Iraq and Syria and threatening to destabilize Jordan – a country with a historic Christian population – and “slaughter” King Abdullah II, whom they denounced as a “tyrant.”

In a 2016 cover story in Dabiq – their English-language propaganda magazine – ISIS leaders vowed to “Break the Cross” by annihilating Christianity in the region.

“Do you claim that… Christians follow the right religion and that they will enter the kingdom of heaven?” they asked. “There is no proof for this…. If you continue to disbelieve, then know that you shall be defeated and then dragged altogether into Hell as your eternal, wicked abode…. Allah has made our mission to wage war against disbelief until it ceases to exist, as he has ordered us to kill all pagans wherever they are found.”

But the genocide has been stopped. The US put together a stunningly successful coalition of nearly 80 countries to counter ISIS. True heroes have included the Kurds and the leaders of numerous Sunni Arab countries – among them Egypt, Jordan, Saudi Arabia, the United Arab Emirates, and Bahrain – all of which committed military forces not only to rescue Muslims and Yazidis but Christians, too.

The caliphate was destroyed. ISIS is not yet defeated, but it’s on the run. Most followers of Jesus in the region no longer face the threat of annihilation. And while Syria remains a mess, Iraq is calmer and Christians there are rebuilding their churches and their lives.

No Arab leader has done more to protect Christians than Jordan’s monarch, himself a direct descendant of the Prophet Muhammad. He sent Jordanian forces into battle against ISIS, welcomed Christian and Muslim refugees fleeing from Syria and Iraq, and provided them with housing, food, medical care and schools.

Soon after 9/11, the king established a national park on the east bank of the Jordan River to protect the archaeological remains of “Bethany beyond the Jordan,” the site where John the Baptist based his ministry, including baptizing Jesus. The king even granted permission for 13 Christian denominations to build their own churches there, conduct baptisms and teach the rich biblical history of the country.

For all this – and his extensive work encouraging interfaith dialogue and peaceful coexistence between Muslims, Christians and Jews – the king was awarded the prestigious 2018 Templeton Prize.

I have had the joy of getting to know His Majesty personally through a series of extensive meetings over the last several years, including bringing a delegation of American Evangelical leaders to meet with him in November 2017. I have witnessed the deep respect and affection Jordanian Christians have for him, and I can’t think of an Arab leader more deserving of this honor.

[To read the rest of the column — including updates on what’s happening in Egypt, the UAE and Saudi Arabia — please click here]

God is not going to give spiritual power to rebels

Joseph Mattera: “I believe it is likely that the leaven Jesus was warning against was political entanglements”

Trusting God in these hard days