You will find the information provided below to be informative and terrible.  If you’ve have watched as Roe vs Wade has morphed into the monstrosity  it is; then you will wonder what could possibly be worse than killing an unborn person.  As you will see, there are people in this world that will justify anything, as long as it perpetuates the lie that not only is abortion necessary but,  abortion advocates must never rest, and must constantly discover more ways to shock the sensibilities of anti-abortion advocates and ordinary citizens.  The following demonstrates the horror of abortion in ways we could not have imagined;  it was written by Martin Fox, a pro-life and anti-abortion advocate affiliated with the National Pro-Life Alliance.  I have chosen to include Mr. Fox’s information in its entirety because I believe it falls under the Fair Use Doctrine.

One of the awful side effects of abortion –- even ignoring the slaughter of unborn human life involved — is the cavalier attitude it creates toward human life in general.

So it should be no surprise to anyone when recently the so-called Journal of Medical Ethics, based in London, published a study advocating “post-birth abortion.”

I’m not making this up.

These self-proclaimed “ethicists” (who I should point out have all already survived the womb themselves) actually argue that parents should be given a kind of “trial period” of unspecified time in which to change their mind and eliminate their baby.

Now not surprisingly, a huge outcry of protest has arisen against this wholly barbaric proposal.

Do you know how the authors defended their arguments?

They argued that if you accept the abortionists’ claim that what they do is ethical under any circumstance, then nothing really changes right after a baby is born.

And you know . . . intellectually, they’re right.

If it really is OK to kill a child the month before his birth, or three months before birth, or by partial birth abortion, how do they make a distinction? Why is there any difference in killing one right AFTER birth?

Of course, given the obvious horror, I don’t think it’s necessary to argue why the advocates of “post-birth abortion” are wrong.

But that is why it is vital that you and I do all we can to force Congress to vote on, and ultimately pass, the Life at Conception Act to reverse Roe V. Wade and ultimately end abortion-on-demand.

P.S. If you have a few minutes, I think you’ll be inspired by the story of one of those people that the post-birth abortionists would do away with.

Also, please consider chipping in with a contribution by clicking here.  Your National Pro-Life Alliance is entirely dependent on voluntary contributions to keep our vital programs running.  We receive no government funding. 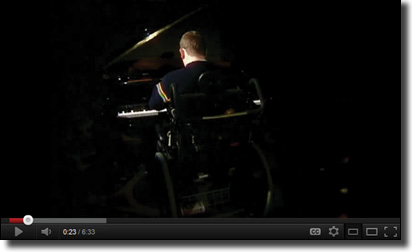 To help NPLA grow, please consider forwarding this message to a friend.

Heaven Is True Love Realized: “The last time we saw her on this earth, she could only nod and squeeze our hands”