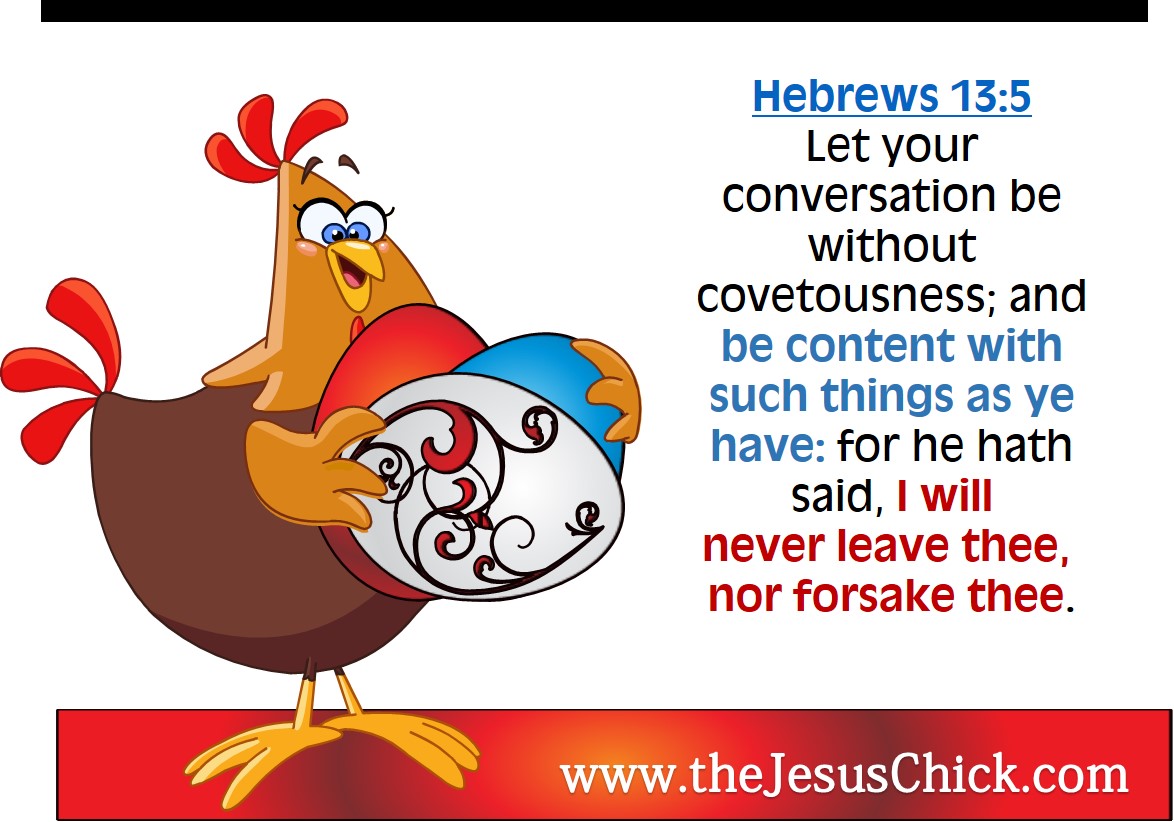 And Gideon said unto him, Oh my Lord, if the Lord be with us, why then is all this befallen us? and where be all his miracles which our fathers told us of, saying, Did not the Lord bring us up from Egypt? but now the Lord hath forsaken us, and delivered us into the hands of the Midianites.

Far be it from me to be disobedient to God and then wonder why I feel forsaken. (…yeah right) And I have on more than one occasion claimed the latter part of Hebrews 13:5: for he hath said, I will never leave thee, nor forsake thee,” ignoring the prefix of that statement where it says  “Let your conversation be without covetousness; and be content with such things as ye have” and then it says “I will never thee, nor forsake thee.” I for certain want God not to forsake me, but I don’t want to have to do without stuff! That was a side bar on the Gideon story, but the truth of the matter is, God had allowed Israel to get into bondage again with the Midianites because they had traded Him for the gods of the world. Tell me that doesn’t ring familiarity to the church today and in our individual lives.

We want God in a crisis, “but now” that’s it’s over we’ll see what we can do about penciling Him in. We don’t have to ask ourselves why the circumstances of America are playing out as they are; it’s because the nation as a whole has turned their back on God. Gideon hadn’t turned his back on God, because God called him a “mighty man of valour.” So why then was Gideon the mighty man of valour hiding in the wine press to thresh wheat? The logical answer for me is, because he was human. Even those of us who desire to stand up and fight against the wickedness of the world find ourselves cowering down somewhere because the enemy seems too much and we seem so insignificant by comparison.

Through God’s counsel Gideon and Israel had victory but there were a few steps in between.

He questioned God’s judgment on using him.

Vs 15 – behold, my family is poor in Manasseh, and I am the least in my father’s house.

To country quote it, “I ain’t got any money, and I don’t have the strength to fight that battle Lord.” God doesn’t’ need our money or our muscle! He wants a man willing to use what He’s equipped with. That’s why in Hebrew 13:5 Jesus tells us to be content with what we have, because that’s what God needs. What we have.

Gideon didn’t have much, but what he had he was willing to give to the Lord. In verse 18-19 of Judges 6 Gideon said. “Depart not hence, I pray thee, until I come unto thee, and bring forth my present, and set it before thee. And he said, I will tarry until thou come again. And Gideon went in, and made ready a kid, and unleavened cakes of an ephah of flour: the flesh he put in a basket, and he put the broth in a pot, and brought it out unto him under the oak, and presented it.”

In reading chapter 6 we discover that he sacrificed what he had, sought God’s counsel, and followed His instruction. The very same thing that we too have to offer God.

But now… America is here. But with a few Mighty folks of Valour, willing to be content with what we have, and listen to God, we could be a far better nation. Are you willing?