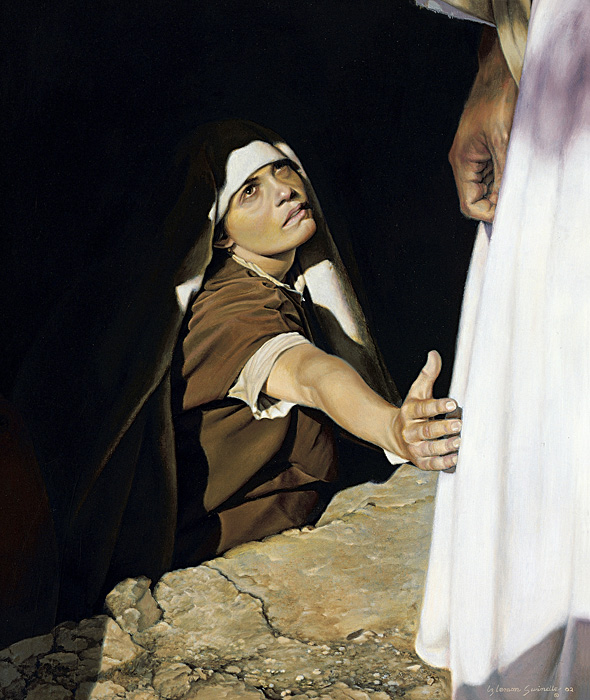 I’ve said it about “her” and I’ve been her. Issues! If we confess our hearts we’ll have to admit we’ve all still got a few, albeit my issues go far deeper than that of a physical sense. But women are the worst about pointing out another woman’s issues. There I said it. Yes it’s a gender biased statement, and although men have their own issues, women are far worse at pointing out someone else’s and then bringing it to the table to make a dessert of that conversation. There was a woman in the bible who had an issue of blood for twelve years, she no doubt had gotten weaker and weaker until at this point she was either going to face death, or she was going to get healed, but she’d had enough of the world’s theories.

25 And a certain woman, which had an issue of blood twelve years,

26 And had suffered many things of many physicians, and had spent all that she had, and was nothing bettered, but rather grew worse,

27 When she had heard of Jesus, came in the press behind, and touched his garment.

28 For she said, If I may touch but his clothes, I shall be whole.

It doesn’t say anything about four men carrying her bed and dropping it down through a roof top to Jesus to be healed. It says that she alone came up behind Jesus and touched the hem of His garment for she knew if she could just do that she’d be okay. I have to wonder, where were her girlfriends? Why had they not accompanied her to the Master, why did she have to go alone? Why that thought’s on my heart this morning I don’t know, but I know one thing for sure I’ve seen enough girlfriends in my life with issues who didn’t have the support they needed to make it to the Master.

This lady’s determination for healing had driven her to her knees at the heels of Jesus. Not fallen at His feet before Him but trying to sneak upon the Lord! She didn’t want to bother Him, she just wanted to touch the hem of His garment. She’d paid all her finances to the physicians in town who had done her absolutely no good, and without financial support they’d not bother treating her again. She was as low as she could get and Jesus was her last option.

29 And straightway the fountain of her blood was dried up; and she felt in her body that she was healed of that plague.

30 And Jesus, immediately knowing in himself that virtue had gone out of him, turned him about in the press, and said, Who touched my clothes?

31 And his disciples said unto him, Thou seest the multitude thronging thee, and sayest thou, Who touched me?

She was unseen by anyone in the crowd. Even the disciples, Jesus’ closest friends hadn’t noticed the woman at His heels. I’m sure she likely preferred it that way, she just wanted to be well, and nobody else had been able to help her, and if the issue itself hadn’t done her in, the shame from the issue was going to.

32 And he looked round about to see her that had done this thing.

33 But the woman fearing and trembling, knowing what was done in her, came and fell down before him, and told him all the truth.

34 And he said unto her, Daughter, thy faith hath made thee whole; go in peace, and be whole of thy plague.

Her physical issue was healed from behind Jesus, but not until she was face to face with Jesus was she ready to face the world. She didn’t jump up and praise the Lord when she felt the issue dry up, she just wanted to slink back into the crowd. She was grateful, but that issue had gotten her enough attention from the world, she’d been that woman with the issue long enough.

My issue this morning is not with the woman, it’s with the missing friends. Perhaps they were the ones with the greater issue. The ones too busy to help, not wanting to be shamed by her issue. I’ve been the one at the heels of Jesus, I’ve been the absentee friend and the one who spoke of her issues in a gossiping manner. We all need Jesus. Press on girlfriends. Look for that friend who needs carried, don’t let the guys show us up.