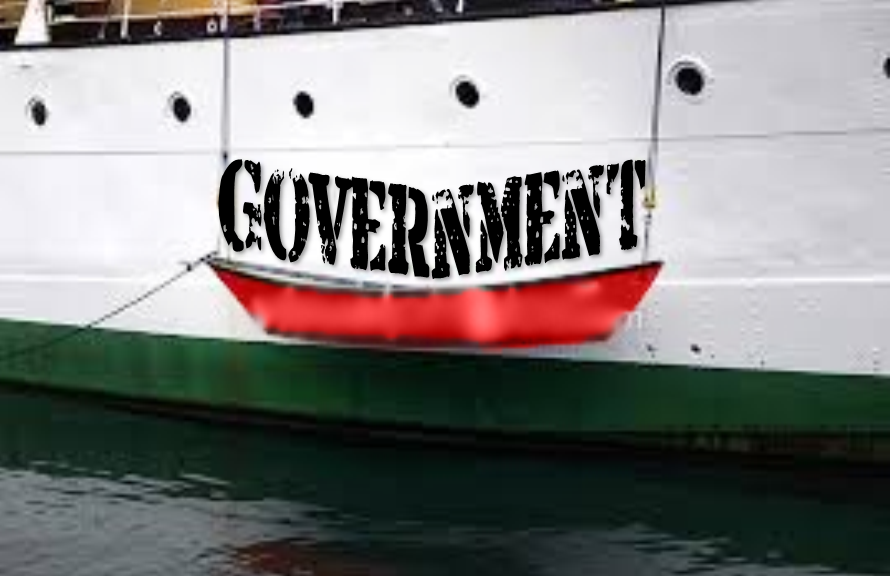 Acts 27:30-32 ~ And as the shipmen were about to flee out of the ship, when they had let down the boat into the sea, under colour as though they would have cast anchors out of the foreship, Paul said to the centurion and to the soldiers, Except these abide in the ship, ye cannot be saved. Then the soldiers cut off the ropes of the boat, and let her fall off.

Paul, a prisoner among others on board a ship sailing to Crete had warned the shipmen about their impending fate should they move forward. But who is he but a tent maker and a preacher? And so they sail on, and as was expected by Paul they hit rough seas. Fearing certain destruction of the boat, the crew of the ship let down the dinghy pretending to cast out anchors with a plan of leaving Paul, the guards and other prisoners on board to surely perish. Forget the captain goes down with the ship,it’s every man for himself. But Paul, the same who had warned them of the storm, warns them again of their demise if they don’t stay on the ship, so the soldiers cut off the dinghy’s rope and let it fall and all were saved in the ship.

This story rings true of our country to me this morning. They’ve heard the word of God, and yet our leadership continues to sail on in the direction of certain destruction. They’ve thrown out the dinghy’s, their plan to “move America forward” as the MSNBC commercial (which I loathe) says, and they don’t care who’s left in the ship to perish. It’s my prayer this morning that some of the soldiers of the cross will cut the lines of their escape plan and let if fall away from us. Yes there will still likely be rough seas ahead, but we’ll survive. Enough is enough.

The color of deception is motion sickness green. It’s America being tossed to and from, away from the traditions and moral convictions our nation was founded on and the acceptance of lies for lies. We don’t even believe it’s the truth, we’re just willing (as a whole) to follow liars, because they’re in charge. They’ve got the dinghy. We need people to stand up against these knot heads and cut the strings by making them follow the same care plan we’re on. They may be captain of this ship but they don’t control the tide. Hello?

I realize that’s a lot of metaphorical speaking. But I figure the resemblance to the shape of America is so obvious it won’t be an issue of understanding. Why is it that we allow them to say the Word of God is void? Why is it that there is reportedly 83% of Americans claiming the Christian faith and yet so few standing up for it against the 500ish men and women Senators and Representatives in Congress. Somebody needs to cut the dinghy ropes from these dingbats in Washington.

I know why I don’t, it’s probably the same reason you don’t. How?

To begin we have to one by one start cutting the ropes locally and then nationally until all the dingbats fall in the water. 2014 will be another election year. If Christians don’t do something to keep their people in the ship, we’re going to perish.

I, for one, have not given up on God in our nation. I’ve had no angel speak to me as Paul did. I’ve had no divine revelation from God. Only the Word of God that tells me if I continue on with Him, I’ll be safe. I believe God can still turn our nation around. But He’s not going to do it alone. We’re the ones in the ship.