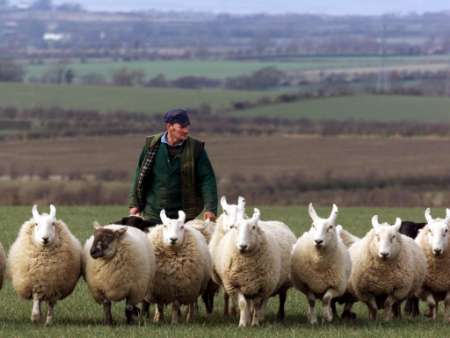 It’s Pastor Appreciation month, and if you have one you should indeed appreciate the fact. I guess it’s more relevant than ever this year as it is the first year since salvation that I’ve not had a Pastor. Those words really hit me hard this morning, because I’m a spoiled brat in the house of God. I don’t know why He chooses to bless us at Victory Baptist Church like He does, but in the absence of a Pastor on staff, God has sent not only one man, but multiple men who are qualified preachers in the site of God. So as a Pastor is sought I cannot say that I know what it’s like to be leaderless because I do not, nor has the Word of God been lack, we’re blessed. But a Pastor is not only a preacher and leader, (in the words of Matthew Henry) they are magistrates and ministers. Their role in the church is worthy of appreciation.

Jeremiah 3:15 says ~  And I will give you pastors according to mine heart, which shall feed you with knowledge and understanding.

A Pastor after God’s Own Heart

Samuel said of David that the Lord had sought him because he was a man after His own heart,

But now thy kingdom shall not continue: the Lord hath sought him a man after his own heart, and the Lord hath commanded him to be captain over his people, because thou hast not kept that which the Lord commanded thee.

It is God’s heart desire to satisfy the body of Christ. To give each member what it stands in need of. Some need knowledge, some need understanding, and all need a captain. Inspired by God in Psalm 78:72 David wrote of himself as the leader of Israel “So he fed them according to the integrity of his heart; and guided them by the skilfulness of his hands.

A Pastor’s role is not just preaching on Sunday, it’s very much like David’s shepherd days when there would be sheep who stayed nicely in the pen, those who wandered off and the occasional black sheep to be dealt with. There were mild mannered sheep, and bullies. There were ewe’s who didn’t want the shepherd to boss her baby, and there were rams who thought they knew more than the shepherd. The shepherd fed them all. There were bears and lions on the outside that the shepherd defended the flock from; sometimes, they didn’t even know.

To put that metaphor in layman’s terms, there are steadfast members of the church who desire to know God deeper, to them the Pastor feeds knowledge. There are those who stray in and outside the church, to those the Pastor offers guidance and understanding. He is magistrate to those who stir strife inside the church, and minister to those who have struggles in their lives. And on his off hours he’s fighting a literal and spiritual warfare with those on the outside of the church who would desire to rip apart the work he’s doing on the inside.

The world continually depreciates their value, and unfortunately many churches do the same. Please don’t tell me that your Pastor doesn’t need a little lovin’ this Sunday. Give honor where honor is due.

How can I help my children see that life is not about reaching our own goals?