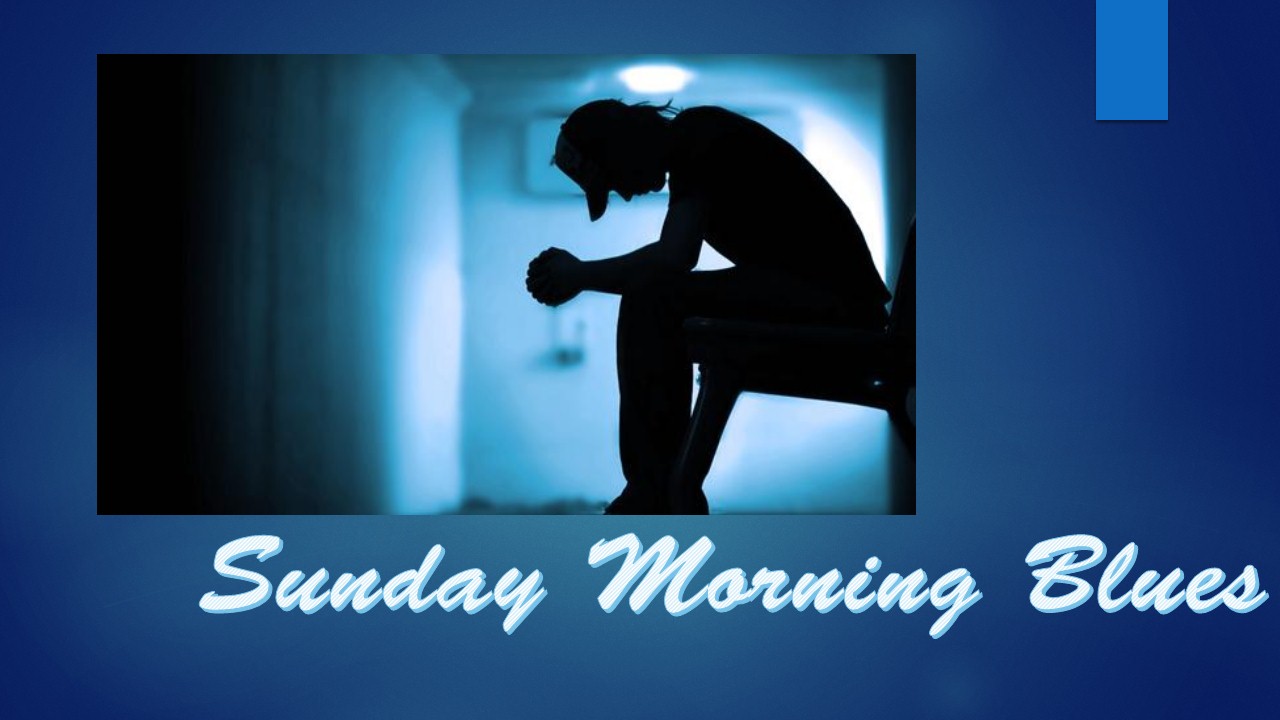 Let this mind be in you, which was also in Christ Jesus: Who, being in the form of God, thought it not robbery to be equal with God: But made himself of no reputation, and took upon him the form of a servant, and was made in the likeness of men: And being found in fashion as a man, he humbled himself, and became obedient unto death, even the death of the cross.  ~ Philippians 2:5-8

The Sunday Morning blues… why that thought has been on my mind from the time I got out of bed I do not know. But it got me wondering today why some folks lack the motivation on Sunday to go to church.

Paul said “Let this mind be in you.” And what mind was that? The same one that was in Christ Jesus. The mind that causes us to want to be like God. Wanting to be like God is okay when it’s in the biblical aspect. It really hit me this morning as I read this verse that people who say “So and so think they’re God,” Implying that a person thinks more of themselves than they should, may not be getting who God is either. In reality if one “thinks they are God,” arrogance is nowhere in the picture! God made Himself of no reputation but took the form of a servant. Being in “that mind” is polar opposite of arrogance.

What must Christ have thought when He went from being God to being God fashioned as a man? Paul said that He humbled himself and became obedient unto death, even the death of cross.

If on Sunday morning you have no desire to be in the house of the Lord (I speak to you as though you were saved) you’re not in your right mind. You should want to be where God wants you, and that’s in His house with His people, those that He gave His life for.  If you’re not saved there is still that desire to want to be where God is. God said in John 12:32 ~  And I, if I be lifted up from the earth, will draw all men unto me. There is a desire inside of you to know God, and to know God is to desire being with His people.

Sunday morning blues can sneak up on anyone. But when your mind is on Him…

1 Peter 1:8 ~ Whom having not seen, ye love; in whom, though now ye see him not, yet believing, ye rejoices with joy unpeakable and full of glory:

He makes the heart glad!

Acts 2:46 ~ And they, continuing daily with one accord in the temple, and breaking bread from house to house, did eat their meat with gladness and singleness of heart,

So… where is your mind this morning? There’s no room for the Blues in serving Christ! He deserves so much more and He wants so much more for you. He died that you might have life and that it would be abundant! So head on out to church and get ready to praise Him! He’ll meet you there!